I find it extremely heartbreaking when someone finally finds and purchases their “dream house” only to be scared to death to move in . . .

Brenda and Josh have been saving their money for years to finally purchase their 3-story beach house. 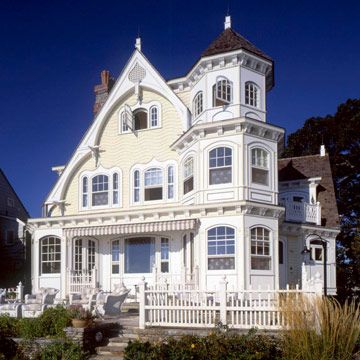 After escrow closed on the property, Brenda was feeling uncomfortable about it . . . but thought it was merely “buyers remorse.”

She didn’t say anything to Josh . . . but she later learned from her father-in-law that Josh had some second thoughts as well.

For Josh it began with disturbing dreams . . .

Something evil was chasing him away from the house . . . but he had to get back in to rescue Brenda.

Josh and his father went to the beach house a week after escrow closed to do some minor remodeling. They were planning to surprise Brenda by converting a couple of rooms on the top floor into a craft room with a sitting room loft where she and Josh could relax, watch television, read . . .

One of the other rooms was already set up for an office that Josh was going to use.

But . . . after the dreams . . . Josh was afraid to go inside. He heard about haunted places and how spirits didn’t like construction . . . even minor changes . . .

“Dad, do you know anything about dreams?”

Josh told him and braced himself for hearing about “buyer’s remorse”, but his dad told him of a paranormal experience he experienced when he was younger and went camping with his older brother.

“We decided to sleep on the beach. We set up a tent and had our sleeping bags. Grandpa gave us the key to the cabin we were staying in if we got cold, but he meant if we got scared. Grandma gave us some peanut butter and grape jelly sandwiches in case we got hungry . . . and a thermos of hot chocolate.

“Of course your Uncle Bert was trying to scare me . . . but we just laughed off the sound of surf . . . and the wind and decided to turn off the lantern and go to sleep.

“I turned on my flashlight and looked around. Bert was sleeping . . .

“I ate half of my peanut butter and jelly sandwich and washed it down was a cup of hot chocolate and decided to go back to sleep.

“He got out of his sleeping back, grabbed his flashlight and walked around the outside of the tent a couple of times . . . he called me to come out and look with him. The only footprints were Bert’s . . . and then mine . . . Bert was so sure someone came into the tent and . . . Bert never told me what the guy said, but he was scared and we ended our camp out and went back into the cabin.”

Josh concluded that dream or premonition . . .he should honor how he felt about the beach house and talk with Brenda about it. But his father beat him to it when she came to talk with him about her uneasiness of moving into the beach house.

“Maybe he did, but he has second thoughts as well.”

“The woman in the window. I saw her on the lower level when the realtor was showing us the house. I thought someone else was looking at the house. I forgot all about her when we walked in and looked around.”

They had a positive conversation which prompted Brenda to do some research on the beach house. She wanted to know if she saw a ghost and the place was haunted.

She found that an actress back in the 1920’s drowned in the ocean nearby. There was no mention of the exact address, but it got Brenda wondering if the actress had owned or lived in their beach house.

Unfortunately, Brenda didn’t get a good look at the woman, spirit or ghost that was in the house during their first visit . . . but Brenda thought she saw her again looking out of the third story window . . . all she remembered was the woman was dressed in white.

As Brenda continued to follow the story, years later there was a man who had been romantically involved with the actress who was charged and convicted for her murder.

Brenda made a copy of the article with the photograph of the man to show to Josh.

As you may have guessed, Josh just about fell off his chair when he saw the man . . . it was the man chasing him down the beach.

Josh and Brenda agreed to put the beach house back on the market. It did sell quickly. They decided to research different locations before house hunting again.

It is always good to follow your instincts — whether it’s just a feeling or in a dream. We are not alone . . . who knows who or what may be living in your own home.