There is always a degree of apprehension and anxiety when faced with change . . . along with disappointment, discouragement . . . which leads to challenges and looking for the positive . . .

For some, there may be a pay off to being unhappy, angry, disappointed . . . 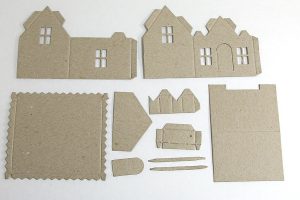 For others, in spite of disappointments, we look for the positive . . . the challenges within ourselves that we must face to accept not getting what we want to something not being what we thought it would be.

I was all into the concept of die cuts and how wonderful it would be to have a plain template . . . but then, having something ready-made seemed to appeal to me more . . . Allowing me to see where I was going . . .

And changing something to my liking from a ready-made printable seemed the easier way to go. 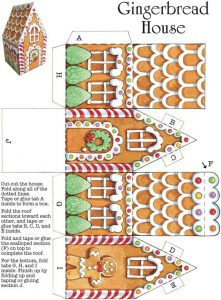 But, in truth, it all comes down to your personal comfort level.

Initially, I was overwhelmed by the pieces, as above, that didn’t seem to have a purpose . . . because I never put it together before . . . and it didn’t look like anything . . . But there are more possibilities for creativity and individuality with the die cut pieces than the ready-to-print-out-and-assembly Gingerbread House.

There is no surprise there . . . unless I decide to alter it in some way . . . but such alterations may be much more work than if I started with a die cut template.

Yes, if I want, I could make the die cut elements above into a gingerbread house. I can add a wreath on the front door . . . I could make a fence of gingerbread children . . . I can cut out white window frames . . . and add some white “frosting” to the roof tiles . . . And candy canes . . .

With the die, I had to decide at that point the colors and cutting the card stock and place it over the appropriate places . . . and later learned how I should have taped it down so it wouldn’t slip . . .

Yes, I was initially overwhelmed and a bit disappointed . . . But, it was all a matter of getting out of my way that I realized there was a learning curve for me . . . I didn’t like it . . . but if I wanted to create something different each time I made this Tim Holtz Sizzix Village Dwelling, I’d have some decisions to make . . . and it started with the first one . . . an experiment . . . and maybe several experiments until I got it right . . .

I was watching a movie yesterday about this mathematical genius . . . who really didn’t fit in with others . . . not understanding the dynamics of relationships . . . except those associated with numbers . . . He did learn how he missed out on things . . . and found he wasn’t “all that” . . . especially when it came to his relationship with his mother . . . And, in the end, after waiting for her son to respond to her . . . they learned how to communicate . . . 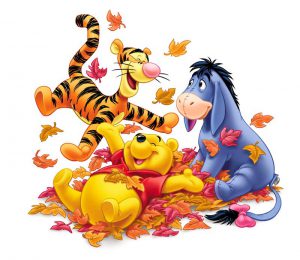 The same applies with crafts. The whole concept is to have fun  . . . to make something . . . So you get all the tools and paper . . . and find it isn’t as easy as it looks when watching someone else.

You can always throw in the towel and give up or pout and throw the whole thing in the trash . . . or realize it is a bit of a challenge and the first effort may not work out . . . or even the second . . . third . . . oh my gosh! fourth . . . But, each time, you get a bit closer to achieving your goal. Just know that there may be another failure after a success . . .  There are no guarantees.

There’s no guarantee that the more you work at it, that you will succeed . . . It depends upon your perspective of success . . . and respecting the tools for what they are . . . and recognizing their limitations . . . as well as your own . . . but having a determination to figure it out . . .

We control our thought, our actions, our feelings . . . there are some things we can’t change . . . nor control . . . but we can focus our perspective . . . we can look for the positive . . . strive to find something funny or different or interesting or unusual each day . . . Surprisingly, you’ll find it . . . because you’re looking for it . . .

This applies to all things in life . . . I know I throw a lot of concepts at you all at once . . . You may be wondering what I’m thinking . . . But, if you’ve ever had a conversation using Two Cans On A String . . . you miss some stuff and have to fill in the blanks . . . And, drawing the string of what connects life, movies, interviews and crafts together . . . is your challenge of filling in the blanks to make sense out of it for you . . .

Oh! I almost forgot!! Click the image of the Gingerbread House on the left to be taken to a PDF you can print out, cut out and assemble. It’s a great treat/gift box.