Eager To Get Crafting

I’ve been watching a lot of “how to” YouTube Videos lately.

They are quite motivating. 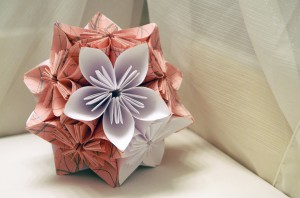 I’ve even thought of making some of my own. I love doing Christmas crafts throughout the year and I also like having some fun with Halloween. I do love the vintage feel of these holidays.

They’re a time of memories and just having some fun. You remember how it was when you were a kid. It was all so magical.

I like my crafts to reflect that magic and fill me with joy . . . if it’s making an album or scrap book page, it’s all about having fun and creating something out of paper and chip board that will be delight you and those who see it.

I am amazed by what can be created from paper.

I’ve given you many links of paper crafts you can print out and make . . . some you can fill with goodies or just set up as a decoration.

As with all crafts, they can be expensive, but essentially, they are a fun way to pass the time either alone or with others.

I was surprised to learn that I could use my camera to make videos. It’s just all a matter of setting up my camera on a tripod and gathering up my materials to make a tutorial. I think it will be fun . . . it’s just getting to it.

I was watching a video a woman had made 3 years ago. It was a windy day and she was distracted by the wind and the bangs and booms she was hearing outside. She moved the camera from her tutorial to show us what was going on outside her house. Yes, the wind was blowing and trash barrels were rolling around making such a racket.

She even had her husband break out in song downstairs.

I think it is absolutely delightful to record a video and make a comment about what is going around while you’re recording. Yes, not everything is ideal. We do drop things and our pets or children come running through . . . the doorbell may ring . . . it could rain or snow . . . or be windy . . .

We can avoid some noise by not doing our filming during noisy times of the day, but not everything is ideal.

Some people may not like the distractions. They “tuned in” to see how to do a project and they don’t care about the weather conditions. But I found it interesting. It made the woman real . . . just like us.

We do have distractions in our lives. Most of them are unexpected. I find it interesting how others react to them. I would be just like the woman and show you what is going on outside. I find it better than getting annoyed.

I’m really not one who would record my grocery shopping or running errands.

But many people do and they’re surprisingly popular. Some focus around the activities of their kids. Others include their friends. There are those who take you with them to fix breakfast or dinner. Or go out to a restaurant or fast food place.

I haven’t seen too many vlogging out and about, but maybe I haven’t been looking that closely. I’m usually tuned in to what I’m doing. But, it could be helpful when you’re looking for a new printer or laptop or whatever you’re thinking of purchasing. Or you’re just looking and gathering information before you buy.

You’d be amazed by what people want to buy. And sometimes, you find yourself interested in that, too.

I was talking with my brother last fall . . .

He told me he was shopping at Lowes.

I don’t recall what he was shopping for, but he was startled when he went by an automated witch who cackled at him. Yes, he was initially startled, but later he had great fun watching others who were startled when the witch “came to life.”

Yes, people watching is a favorite past-time of many. That may be why vlogging is so popular. Allowing others a glimpse into their lives.

It does seem a bit creepy to realize that we are being recorded wherever we go. There are cameras in stores and on the streets and parking lots. And, of course, people may be doing their own recordings, too.

Someone sitting on a bench or walking through a store. You never know what you’ll find.

I think I’d feel a bit self-conscious about doing it . . . but after awhile, it would feel “normal.”

Just as doing my own video tutorials at home.

I do need to figure out how to set us my camera. I don’t want to attach it to the wall or build some contraption . . . but maybe I’ll need to. The most important thing is not to break my camera in the process.

I know there is a simple way of doing it. 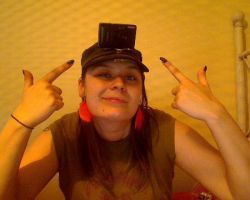 There usually is after exhausting other ways. I may be straddling the tripod or have it set up over my work space. I don’t have a flip out monitor on my camera . . . some have used a mirror . . . other do a hit or miss process . . . and do learn along the way where the camera is focused.

I’m going to do a lot of trial and error. It will be interesting to see how this works for me. But, first I need to decide on a project . . . and it doesn’t hurt to plan ahead instead of doing it on the fly . . . but that could be interesting, too.

I do have some interesting adventure ahead.

Let me know your suggesting when it comes to vlogging or making tutorials.