How Weird Are You? 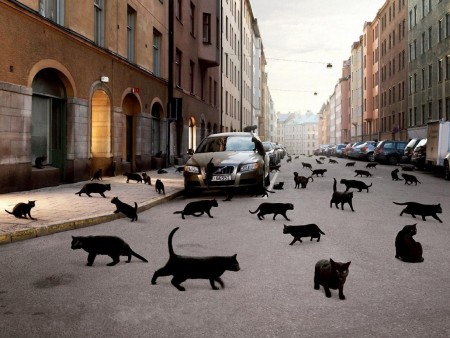 Many of us have superstitions. But do they prevent us from doing as we please?

There are the well-known superstitions we’re all familiar with:

Of course I’ve only scratched the surface here when it comes to superstitions. Many people from different cultures have different ones. Some people have made up their own, associating something they’ve done with an event they either want or don’t want to happen. There are even family traditions that could be placed in this superstition category, although they wouldn’t claim it to be.

My point is that we all have strong beliefs about something based on what we’ve learned, heard or done.

I truly love hearing the beliefs of others. They may seem strange, but I respect them.

Carrie’s story concerns her family’s belief that has been passed down through generations.

“Our elders always told us not to be out past midnight, because there were things out in the night between midnight and 5 in the morning that claimed the streets.” Carrie paused.

I don’t know if she wanted a reaction, but I thought it logical that she had a curfew, we all did at one time. I encouraged her to continue.

Carrie’s generation accepted it, not that they liked it. They saw it practiced by their parents and grandparents. It was just what they did.

Carrie’s children accepted it as a strange house rule, but her nieces and nephews didn’t give it much thought.

One night her niece came home after midnight. She didn’t think about turning around before entering her apartment. She lived alone. She opened the door and locked it, turned off the porch light, turned on the television, went into the kitchen, washed her hands and grabbed a bag of chips, a few cookies and a soda out of the refrigerator.

She settled in front of the television with her snack and watched the end of a program that was playing.

After turning off the television, she returned to the kitchen to wash her dinner dishes and tidy up. Then went to the bathroom, washed her hands and face and settled in front of her computer to check email and her social networks.

By 3 in the morning, her niece decided to go to bed.

She heard the creek of her favorite chair as the intruder reclined in her chair as she had earlier.

She was sure she had an intruder in the house. She didn’t know why the television was on. If she was going to rob a place, she’d want to be as quiet as possible. And why sit and watch television. This didn’t make any sense.

She didn’t feel brave enough to confront the intruder in her house. She didn’t call 9-1-1, because the behavior seemed so odd.

As she thought about it, the intruder was following her actions a few hours earlier.

She heard the television turn off. The footsteps returned to the kitchen, then to the bathroom. She heard her computer chair roll, the click of the computer turning on. She could see by the glow of the screen (it was in her bedroom), but no one was sitting in front of the computer screen.

Her fear subsided, replaced by curiosity. She turned on her bedside lamp, got out of bed, checked throughout the house, but found nothing disturbed and no intruder. She also checked the locks on the doors and windows.

Puzzled, the next morning she called her mother to tell her of her experience.

The first thing her mother asked was, “Did you walk into your house backwards?”

She admitted she had not.

Her mother’s response was only, “Uh hum.”

Carrie’s niece got the message load and clear. From that moment forward she entered her house back first so nothing from the street could follow her into her apartment, just as her parents and grandparents taught her.

I’m always curious to know just a little bit more about the stories I hear.

What about the “thing” she heard, was it still in the apartment?

Carrie said it was gone. She believed it had a window from midnight to 5 in the morning, then it returned to the street.

She gave me the impression it was like a vampire who had to return to its coffin before dawn, but was it that tidy?

I always have unresolved questions, but I accept what I’m told as fact, since this was not my experience.

My experience, however, has been once something gets into the house, it finds a cozy place to stay during the day and comes out when it wants to interact and cause trouble, but this “thing” must be entirely different.

I hope you enjoyed this Real Ghost Story.