The largest U.S. Holiday in retail sales is, of course, Christmas. 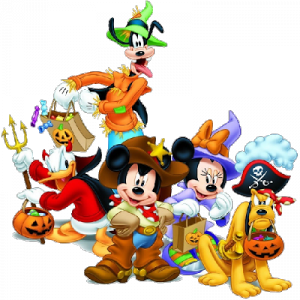 When you think about it . . . decorations, costumes, candy, parties . . . The whole concept of Halloween has grown in popularity over the years. There are elaborate face painting endeavors, people are fascinated by the occult . . . It’s the first major celebration after summer . . . and fall brings something in the air . . . why not ghosts and witches riding on broomsticks . . . bats turning into vampires . . .

There is something special about going out at night wearing a costume and carrying a bag to collect candy as you go door-to-door. It was a major highlight when I was a kid. And, now, as an adult, I like to pass out candy to the costumed trick-or-treaters.

Many of my neighbors go all out with lights and decorations for Halloween . . .

The thing is, when you think about Halloween . . . the decorations, the parties, the costumes . . . and the candy . . . It doesn’t compare in retail sales as Mother’s Day or Valentine’s Day, Easter and even Father’s Day.

The major difference is that there is no gift giving. Christmas, as #1 is the major gift giving holiday. This is followed by Mother’s Day, Valentine’s Day, Easter and Father’s Day.

That brings Halloween to #6. 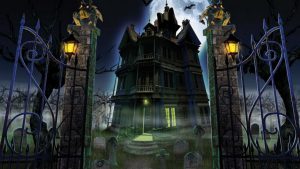 Be that as it may . . . Halloween has truly captured the imagination of many . . . and there are paper crafters and scrapbookers who go all out with their cards and decorations and costumes and parties . . . How about all those pumpkins? The movies? Amusement Parks with their special Halloween attractions?

I’m finding it difficult to allow a good urban legend to die . . .

All right, so it’s not the second largest U.S. holiday in retail sales behind Christmas . . .

I’m going to still celebrate it by reading Washington Irving’s The Legend of Sleepy Hollow and maybe some of Edgar Allan Poe’s Poems . . . and I may watch a Halloween theme DVD or two . . .