Do You Play Board Games?

I’ve always loved board games and Trivial Pursuit is one of my favorites. It does work well with all age groups.

And now with Harry Potter, I’m really having a great time!

This is a compact travel game. There is no game board. The object of the game is to collect 6 cards in order to win.

The questions for this particular Harry Potter game edition focus on the movies. It would be interesting to have a major family Harry Potter movie night binge session . . . could last a whole long weekend . . . 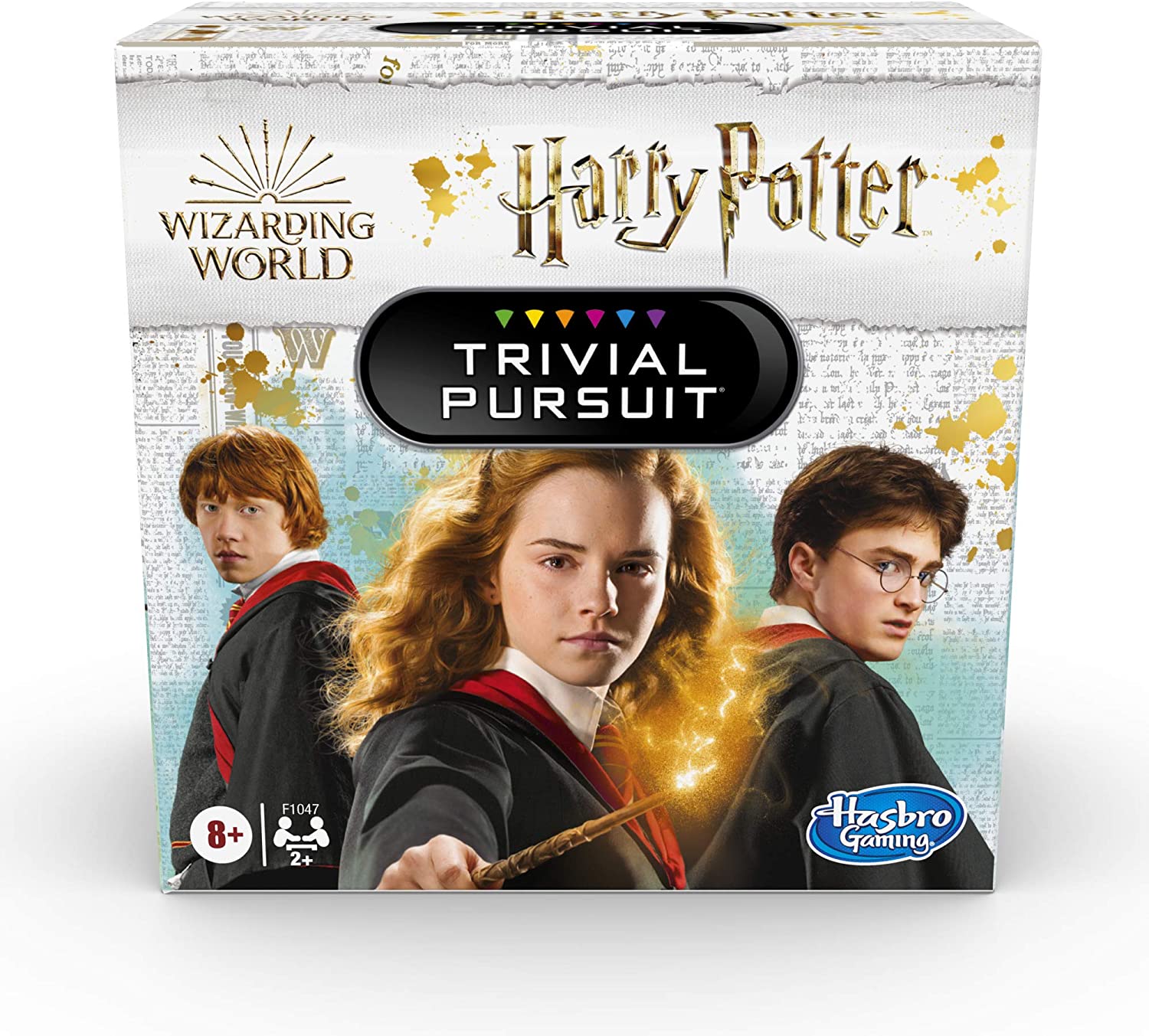 As you will see in the video below, there is a quick version you can play and you can change how you play to work well with the group of family and friends with whom you’re playing.

That is truly the beauty of board games — you can adjust the rules to make it a fun experience for all players.

Let’s Take A Look At This Edition In Action!

How well did you do? To be honest with you, I’m a bit rusty on my Harry Potter trivia and I would definitely take my earlier suggestion to take several days to binge watch the Harry Potter series. 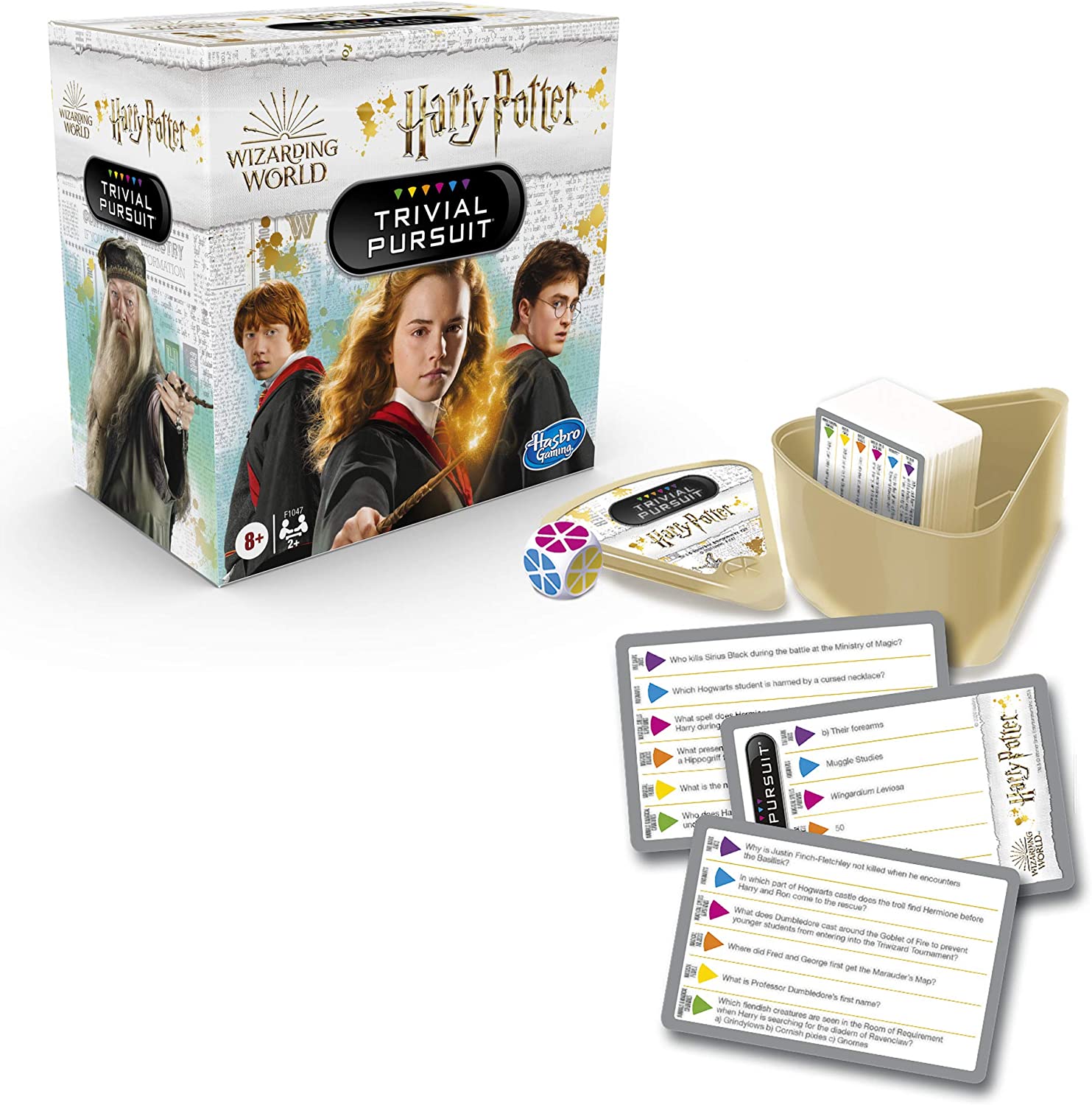 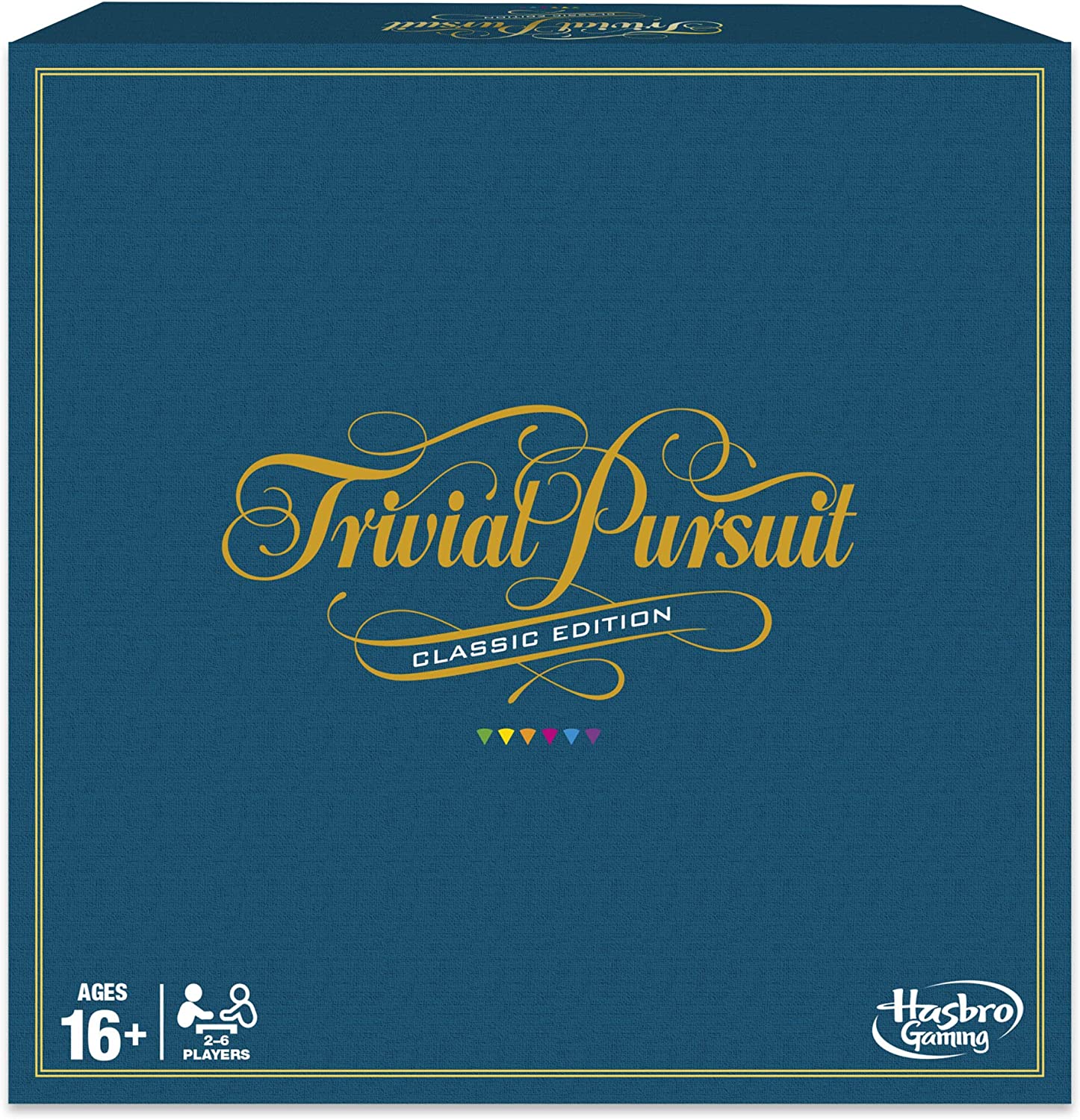 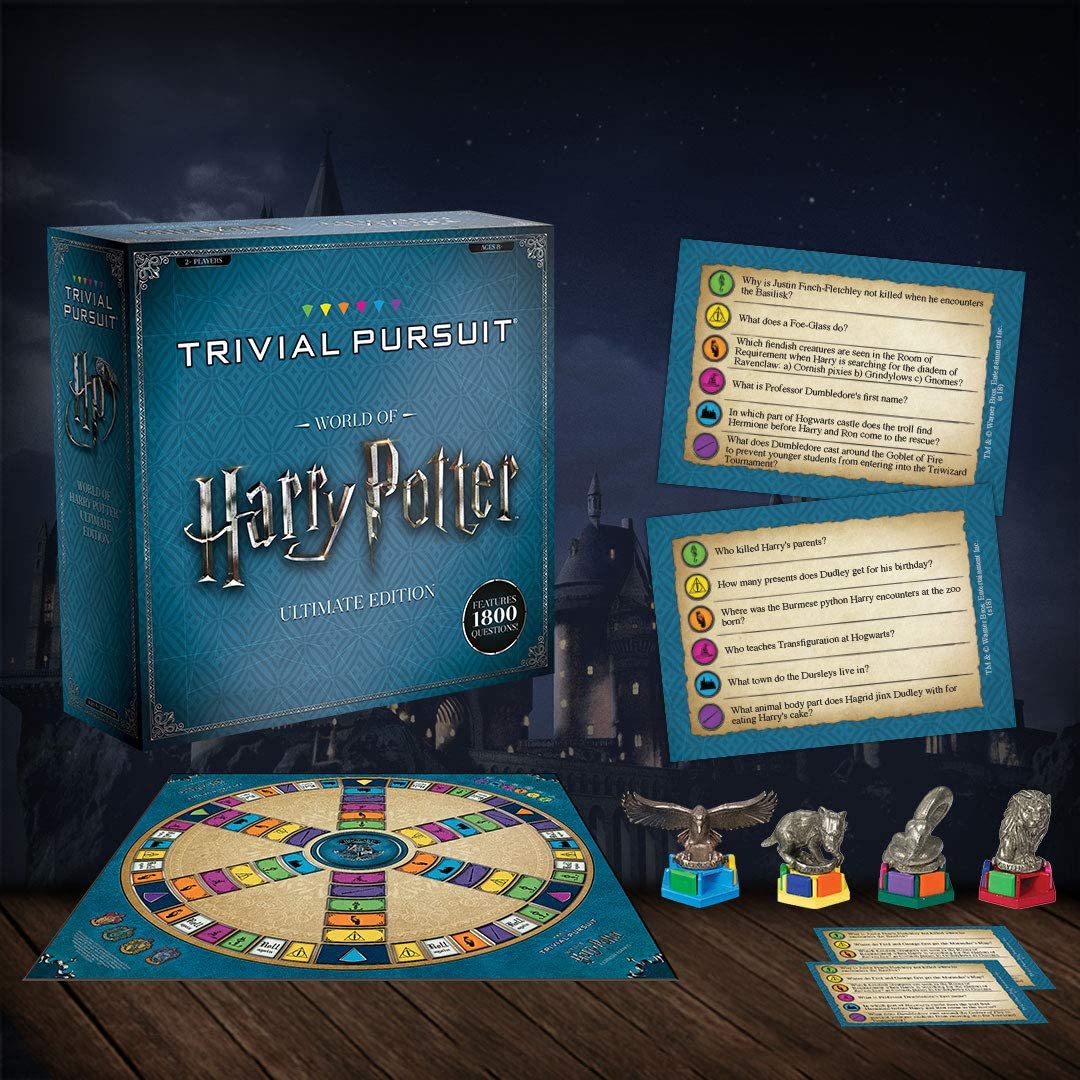 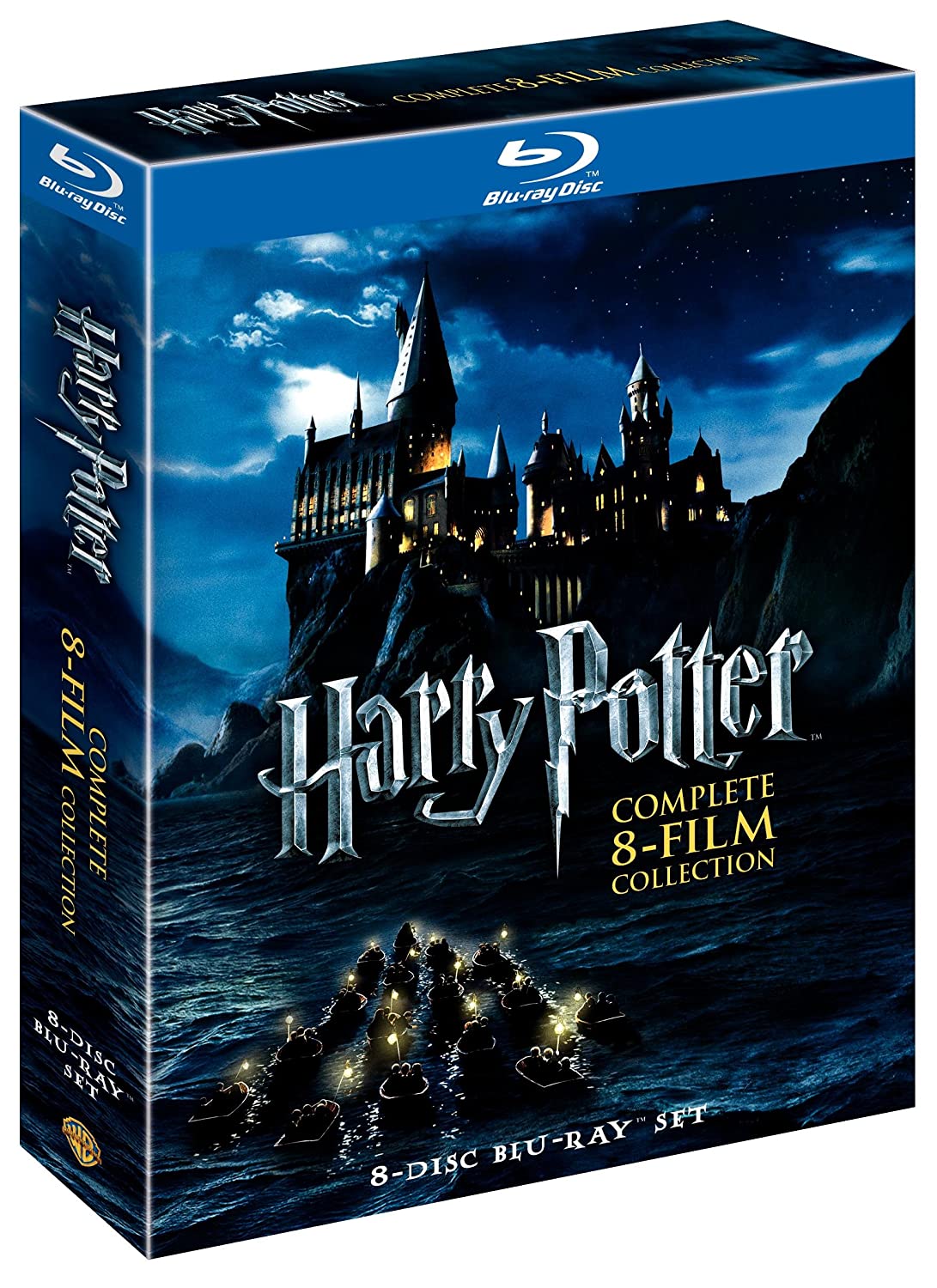 Many of you may have been collecting them over the years. I know my brother has. It was, however, unfortunate that he discovered one of his discs had a bad scratch on it, making it impossible for him to watch it. Now, he was able to replace that particular disc from Amazon. The stores had only the complete set available for sell and he didn’t need the whole set, just to be able to replace one . . .

That is truly the beauty of Amazon . . . having what their customers need and pretty much anticipating those needs . . . Well, maybe I went a bit too far there, but they do seem to have what we want when we most need it.

Now that we’re getting into the fall season, I would imagine my brother may be gathering up his Harry Potter 8-Film Collection to have a great time in that mystical wizardly world.

You may want to share that same experience with your family . . . and friends . . .

And afterwards, test your memory with one of the Harry Potter Trivial Pursuit Games . . .

Most likely I should review this in a different post, but to be honest with you, since I’m reviewing a Hasbro edition of a Harry Potter Trivial Pursuit Game, I’d be remiss in not mentioning the USAOPOLY Edition. This is also based on the movies . . .

There are 1800 questions!! There is a game board and what really knocked my socks off are the game pieces!

Let’s Take A Look At What’s Inside The Box

We’ve shared two Trivial Pursuit Game Editions with you featuring Harry Potter . . . One by Hasbro Gaming and the other by USAOPOLY . . . And, if you need them, the Complete 8-Film Collection of the Harry Potter movies which are extremely important when playing these two trivia games — since they’re both based on the movies . . .

Oh yes, I also shared the Classic Edition of Trivial Pursuit in a picture collection above — just in case you don’t have it or misplaced it or one of your friends or family borrowed it and never returned it . . .

Not that it matters, but I’m truly leaning towards the USAOPOLY Edition. I do love those game pieces!!

I’m also truly looking forward to celebrating the coming of the Fall Season by binge watching the Harry Potter series . . .

But, that’s just me . . . I do thank you very much for stopping by and taking the time to spend here reading this . . . And making a purchase . . . I also have a very favorite game I’ve reviewed here before — one you may already have or is on your list to buy . . . You can check out that post here . . .

I purchased this ephemera pack a number of years ago. I used it for scrapbooking, cards and other paper craft projects I had in the works. A thrift shop is a place where one can usually find anything — especially stuff you didn’t know you wanted . . . How many times have you gone “just to look” and came out with a whole bag full of items you just had to purchase? It happens all the time . . . 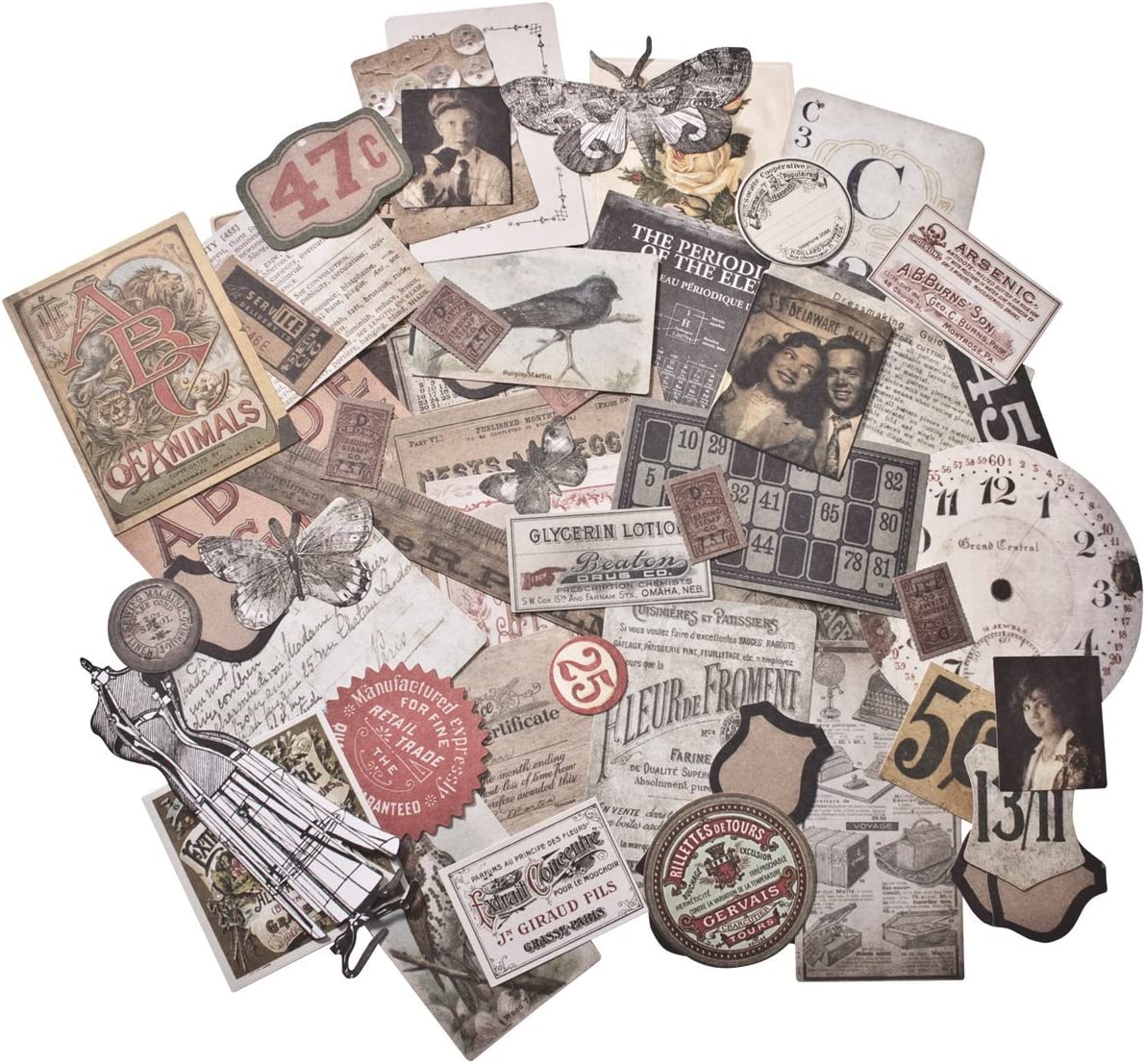 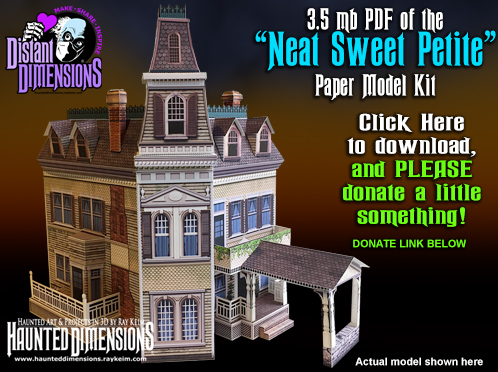 For me, fall is harvest and Halloween . . . also Thanksgiving . . . It is a wonderful time of year to include a variety of craft projects together . . . A variety of ideas that make the season meaningful for you and your family. It is a unique time of year that brings images to your mind, based on your personal experiences . . . many of those are shared experiences . . . so share them with your crafting.

It’s amazing how many years ago, this series was made and was popular . . . and it is still in our hearts and minds — especially around Fall and the Halloween Season . . .

Papercrafts are a great way to relax and enjoy an evening either alone or with friends and family. It’s fun to work on projects together and also alone — or together on different projects . . . It’s nice when you need a helping hand or suggestions on how to best put the thing together . . .

I do enjoy Ray Keim’s models. They are great to display in your home and to give as gifts. They are truly a labor of love . . . Be sure when you click the link in the image above to give a bit of a donation in appreciation for having this wonderful replica to make and share with your family and friends . . . or relive a bit of nostalgia.

I Got A Bit Side-Tracked Here

That seems to be what happens many time while crafting . . . One thing leads to another . . . New ideas pop up . . . That’s why I like this particular selection of ephemera from Tim Holtz. Some of it you may find useless . . . until you find a use for it . . . Some will engage your imagination.

I know when building 3-D models, sometimes I want to stamp something on it or paste something here or there to make it unique to me . . . or to the one for whom I’m making it. This is what is so wonderful about paper crafts. We start with an idea someone had and we build it and create something that is uniquely our own.

Over the years I don’t know how many of these I’ve made. The secret compartment is the best! I am so delighted to be able to share this with you . . . and hope you will share it with others as well.

Just click the image and download and print it on cardstock . . . A wonderful adventure in papercrafting awaits you.

I do appreciate your stopping by! I have links for free stuff and links where you can purchase things . . . It’s your choice. Enjoy! 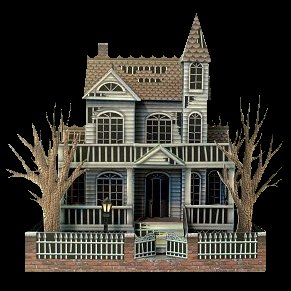 An excellent coffee maker is what everyone wants — and one that would make a delicious latte is a bonus! I like my coffee made easy . . . I’m not into making a fancy fuss and I believe I can have just that with this coffee maker . . . It’s good to get shopping now for the upcoming holiday season and your housefull of guests . . . They’re going to want coffee and plenty of it! And you want to provide that for each and every guest you invite into your home. 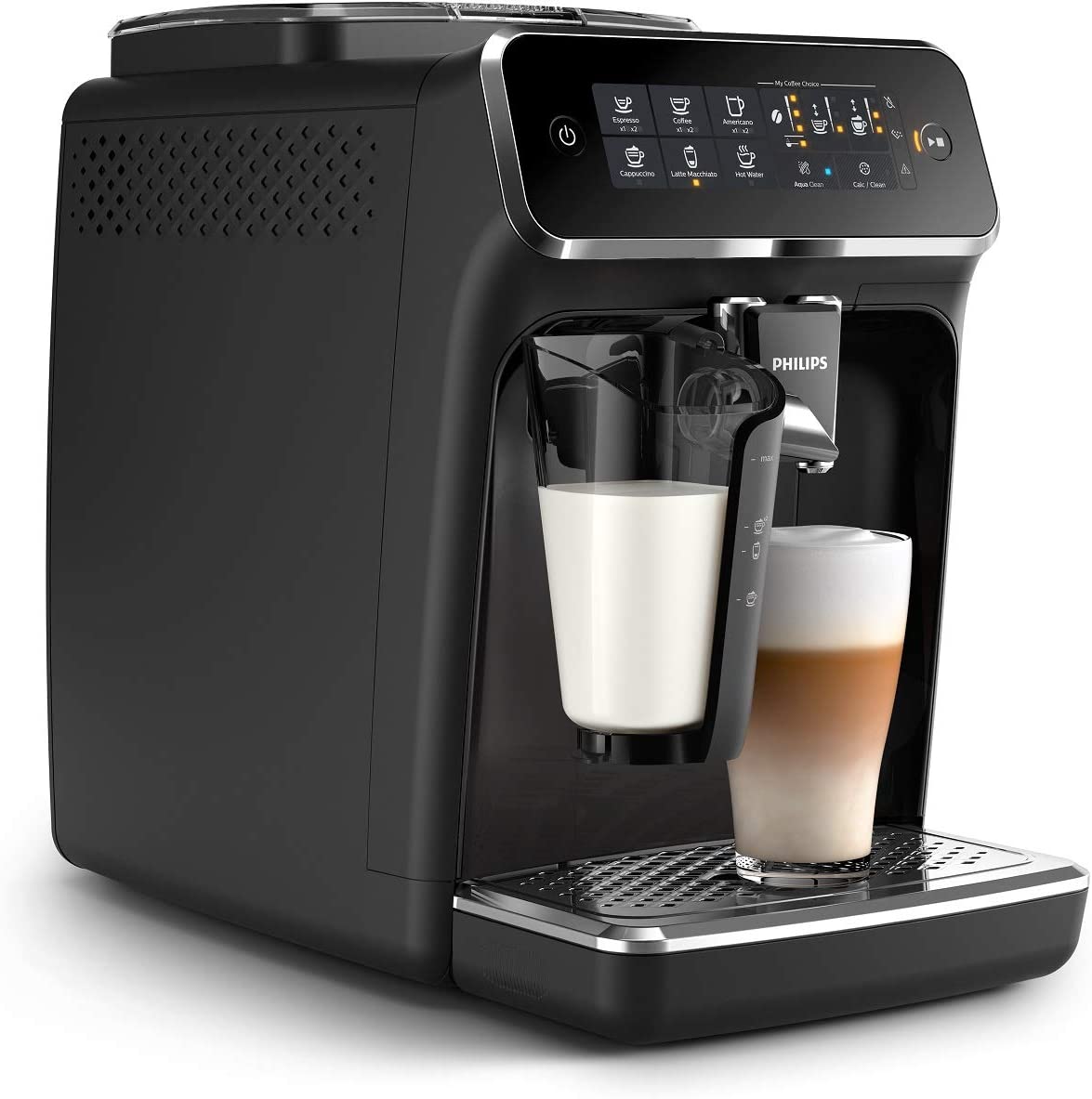 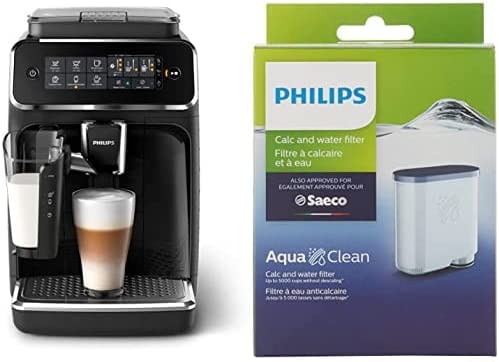 Just Click The Image Above And You’ll Be Able To Read All About It . . . And Most Importantly Order Your Very Own . . .

I appreciate your stopping by! I sometimes have a bad habit of multi-tasking while I’m watching a movie. The problem is that I have to watch it again if I missed too much . . . And sometimes I just enjoyed it so much I wanted to view it again.

That’s the beauty of Amazon Prime Video . . . or owning your own DVD of a favorite movie. It makes it very convenient to view when you have the time to relax and enjoy with friends, family or even alone.

Prime Video has a huge selection available each and every month and throughout the year. Of course, there will be some of little or no interest to you at all . . . And then, you may just be surprised to watch something and really get into it . . . 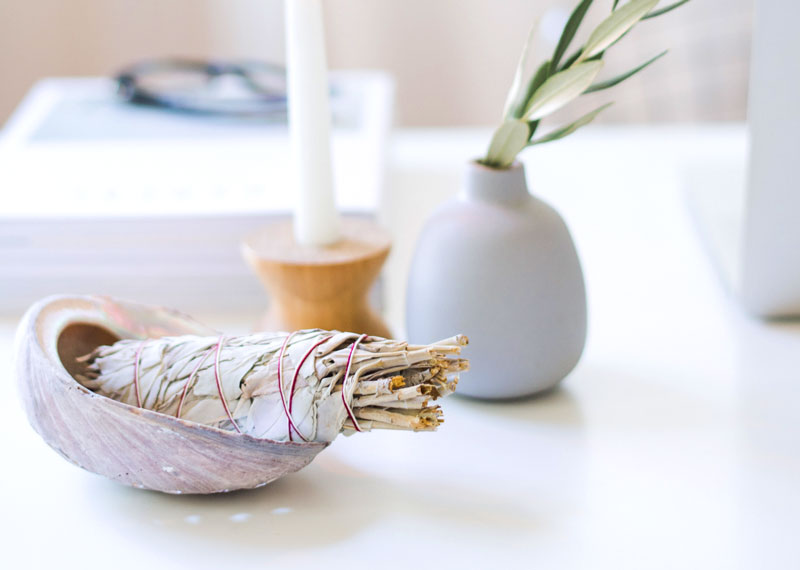 I will tell you what made this movie interesting to me. I do like a mystery and I’m a real fan of old family frueds . . . And Blue Ridge had both . . .

As is true in most good movies in small towns . . . everyone has an agenda . . . and once you think you have a handle on the situation, more information comes to light . . .

I beieve its an excellent movie — one suitable for family viewing . . . Obviously, family is a key element in this plot . . .

I do hope you’ll take a look at this movie and check out Amazon Prime . . . 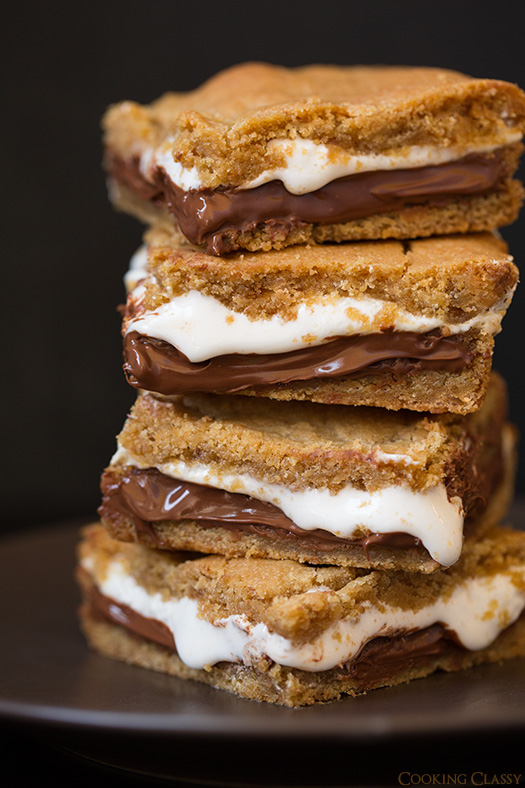 We’re hopefully coming to the close of summer. I’ve had enough . . . My air conditioning went out twice and just yesterday the electric company gave the neighborhood a power outage to work on the power lines . . . Why is August and not during the cooler weather?

And to celebrate in the evening, it’s always good to sit outside by the fire pit and make some s’mores with friends and family.

August is our last chance to do a camping trip . . . and to celebrate with backyard bbq’s . . . You can even camp out in your own backyard . . .

I Thought It Interesting How In The U.K. They Go To The Seaside And We In The U.S.A. Go To The Beach

Spending time at the beach is always a fun day . . . Mainly getting out of the heat of the city . . .

I do enjoy going up in the mountains to get away from the heat of the day . . . I do find the mountains relaxing. I suppose we all have our get-away spot . . . Having a picnic is alway nice and taking a bit of a hike . . .

Then nights can be ripe for telling ghost stories — basically scaring the wits out of each other . . . 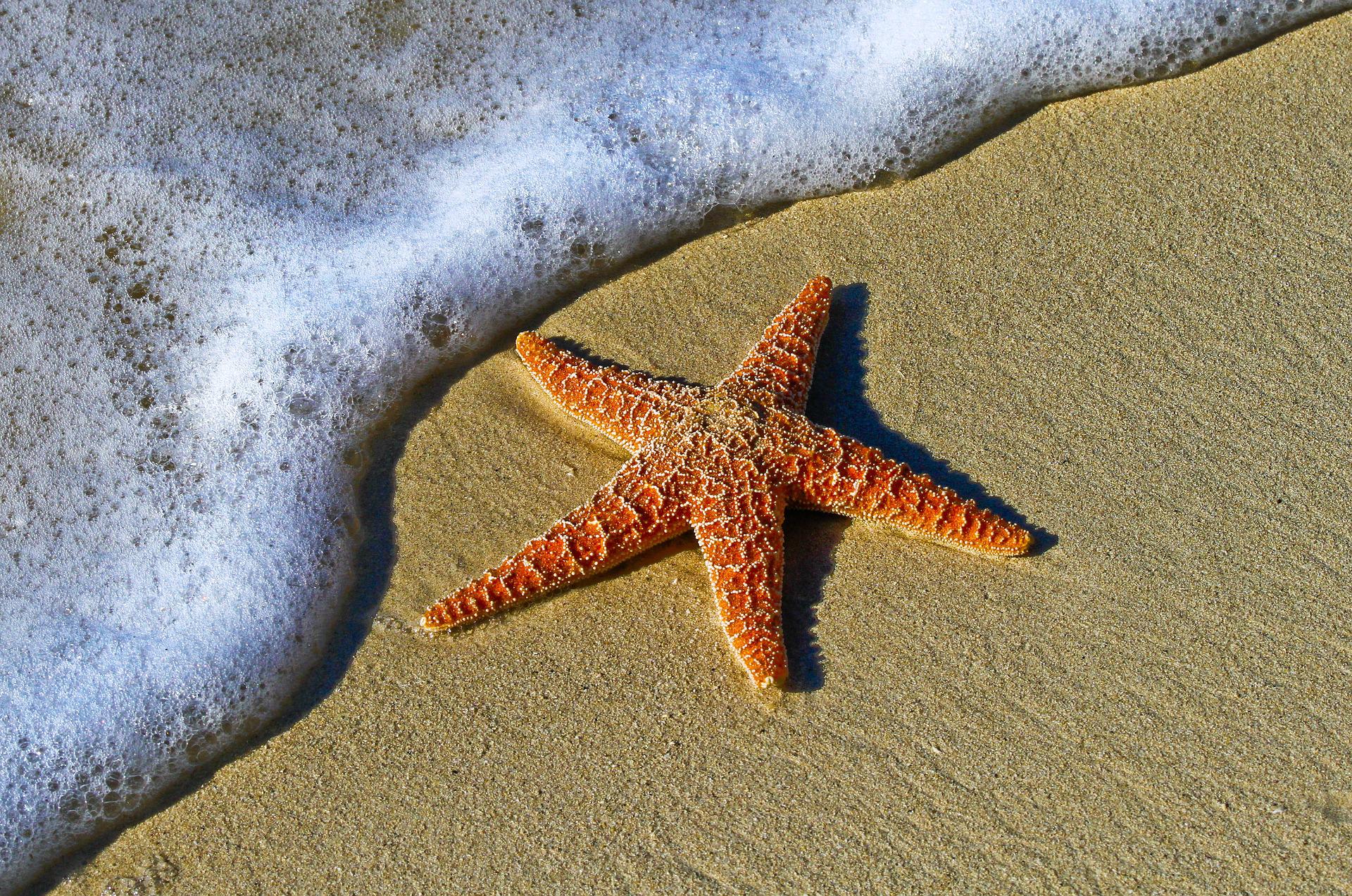 There is truly something about the mountains and the trees and the wild animals that makes ghost stories ideal . . .

Especially urban legends that take place near a lake or stream . . . a child who was drowned and a crazed mother terrorizing everyone years and decades later seeking revenge for the loss of her child . . .

Leave Me A Comment Letting Me Know How You Spend August

Some are preparing to going Back-to-School or embarking on their college days . . .

I do enjoy relaxing . . . sometimes thinking about the fall and winter holidays. This is truly a perfect time to plan ahead and take advantage of all those wonderful summer activities . . .

It’s a good time to work on craft projects . . . Even planning ahead to get started with Halloween — yes, it may be a bit early . . . But never too early to choose that perfect costume . . . I like to avoid the crowds and get a bit of a jump on the selection available . . . 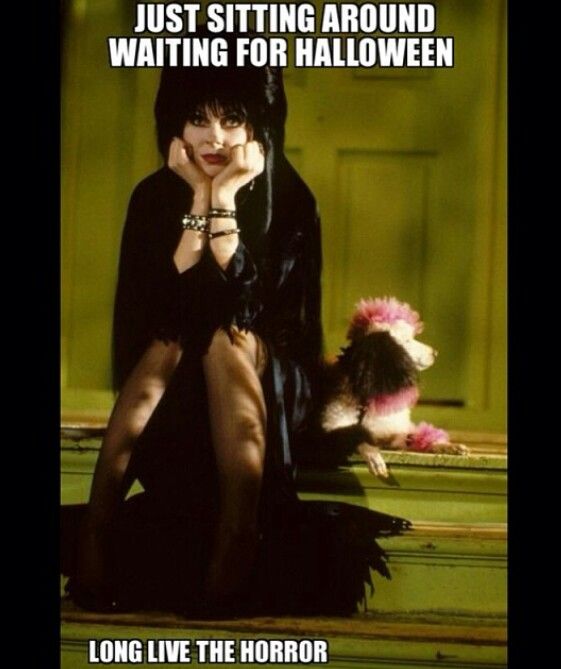 It’s always fun for me to go antiquing — checking out antiques — all those wonderful memories from my childhood . . . or even before . . .

I have a friend who collects old toys . . . and another one is into dolls . . . I usually I don’t have anything in mind. I’m just looking at what catches my attention and imagination . . . I do enjoy candle related objects usually in silver . . . I do have a collection of button hooks . . .

However you enjoy spending August, enjoy!