The Power Of Forgiveness

No, I’m Not Getting Preachy On You 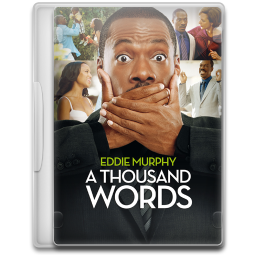 I was watching a movie.

A Thousand Words with Eddie Murphy. What I got out of it was all the useless words we spout regularly. How much of it is truly valuable?

As a blogger, it got me thinking. A thousand words for a blog post is normal . . . and for some much too long, but it is usually a goal.

The Essence Of The Movie

Eddie Murphy is an agent for writers.

He was excellent at his job and was top in his industry. Then one day, he connected with this tree. And with every word he spoke, leaves would fall from the tree.

Once the leaves were gone . . . so would the man, played by Eddie Murphy.

So, once he realized what was happening, he was forced to stop talking. He tried to get help from a spiritual guru, but to no avail . . . but it had to getting his life right . . .

Yes, that was a movie . . . but is there at least a grain of truth to be gathered from it?

The New Year Is A Time Of Reflection

That we’ll either keep . . . or forget about after a few weeks or months.

But, do we need to forgive?

Could we be happier by forgiving?

I believe I could be a happier person by forgiving. I can’t speak for you.

I Try To Be More Positive In Word And Deed

Of course, I’ll have opinions . . . I’m endeavoring to be more positive and less negative.

Those latter categories are subjective. And an opinion is merely an opinion . . . unless there is an intention to hurt others . . . that, I try not to do.

Yes, there are definitely gray areas that make a general discussion difficult.

In my everyday interactions, I’m trying to be more positive. When I think back to old hurts and disappointments, I strive for forgiveness. It doesn’t mean the other person may forgive me . . . that’s not the point . . . it’s what I can do for making me a better person . . . and forgiveness is sometimes necessary.

It does sound a bit selfish on my part . . . this gives me more to think about and understand.

I just don’t want to harbor negativity within me. I never set out to make enemies. But, the truth is, not everyone is going to like me. And I must accept that. I’m not out to changing minds.

This Discussion Started From A Movie

I thought it worthwhile to discuss here . . . just in case it would ring true with you.

If it does, wonderful. If not, that’s wonderful, too.

This was basically written to give you some food for thought. And maybe suggest a movie, you may enjoy.

I enjoy learning something new in an entertaining way . . . and think about how I can apply it to my life . . . to make me a better person.

Thank you for stopping by. I do hope this post was informative. 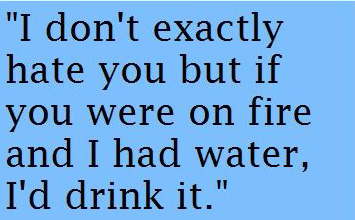