Once again my thoughts are rambling.

Just wanted to give you fair warning.

I was at my local “neighborhood market” a few days ago. I had to feed my ice cream craving. I bought a couple of boxes of Good Humor Strawberry Shortcake Ice Cream Bars. 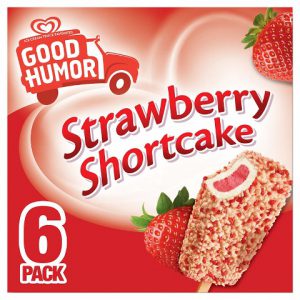 I knew in the past the store was having trouble with their freezers . . . so I was boycotting any frozen stuff until that inventory was gone . . . but, they didn’t seem to fix the freezers . . . Yep. I had the most pitiful looking ice cream bars you could ever imagine. They melted . . . and were refrozen . . . but they couldn’t be eaten . . .

I could have returned them and made a big stink about it. The box they were in looked perfect . . . I had no clue to the alien-like mutations I uncovered in the sealed wrappers. I was truly disappointed . . . and really sad . . . not for myself as much as for the store . . . the neighborhood market . . . They must really be in trouble if they have to sell food that isn’t for human or animal consumption.

I’ve noticed business has been down . . . I stayed away from them for about 6 months, but I did drive by on my way to another market . . . and their parking lot had only a few cars.

Over the years I’ve noticed employment has gone way down . . . some of the checkers and deli people aren’t working there . . . they have new people and once in awhile someone I remember is working. The “old guy” who I assume is the owner makes an appearance from time to time. He’s always ready to give you a smile and a welcoming hello . . .

But . . . is my neighborhood market dying? Will it soon be boarded up . . . weeds growing through the cracked asphalt? An ugly eyesore in the center of an upscale neighborhood?

I don’t want to see that. I like the store . . . some of the changes I could have done without, but . . . those changes may be keeping them afloat. And we may all be chipping in from time to time, stopping by and picking up items . . . to make sure that they will meet their payroll . . . and not returning and complaining about old and ruined food . . .

This got me thinking about other stores and buildings in town and in nearby towns . . .

We don’t shop “downtown” as in the days of old. We go to malls . . . but many of the malls have died . . . and there’s a huge strip-type mall or center with hundreds of stores and restaurants out near the freeway. It has everything!

But, then, do we really want to drive out there? Or would we prefer to order on-line?

I avoided a lot of hassle. And I think I may not be the only one who thinks like this . . .

I’m very old fashioned at heart. It’s uplifting to see families shopping together for holidays and back-to-school and also for vacations. There is a special thrill in the air that is only created by people who are giving off that positive excitement . . . it is an excitement that brings a smile to my face and the faces of those around me . . .

And there’s the clerks who assist you . . . or another shopper who adds their two-cents while you’re shopping . . . We do need that human interaction. No matter how impersonal it may be . . .

Yes, I’ve rambled on for quite awhile . . . time for me to stop and allow you to digest this . . . You’re welcome to add a comment. I just ask that you’re polite and thoughtful . . .