Tim Sees A Ghost At The Florist

When was the last time you saw a ghost?

Today? Yesterday? A week or month or year ago? Maybe … never?

Well they are around …

Tim and his wife were at the florist shop in town ordering some flowers to send to his grandmother who was in the hospital recovering from a hip replacement.  His wife pointed out a man who was standing by a display case. He didn’t hear what she said, but the man seemed out of place and had a blank expression on his fact. His wife went to speak to one of the workers while Tim stayed where he was observing the strange short and portly may in a black suit that had seen better days. The man walked past Tim. He felt cold and also smelled like damp earth, but not in a nice after a rain clean smell. Tim watched him go into the back room.

When his wife returned, he asked her about the odd man she pointed out.

“What man?” she asked, confused. She said she was pointing to one of the workers and wanted to know if they could order something special to be filled and delivered in Dallas.

Now Tim was confused and wanted to know about that man, but didn’t want to make himself look foolish. He looked around the shop while his wife took care of the order. He was interested in the pictures that were on the wall with the various owners since the shop was first opened.

He saw the man in a photograph. He had to go outside for some air. He thought he was going to pass out or throw up or both.

Tim sat on a bench that was outside the shop. He hung his head between his knees, taking slow, deep breaths. When he sat back up, the strange man was sitting next to him on the bench.

He heard very distinctly, “Young man, I own this shop. Is there anything special you want today?”

Tim didn’t know if the man was real or not. He reached out to touch him . . . and he vanished.

Evidently, the previous owner didn’t know he was dead and was carrying on with his normal daily activities.

It was the strangest experience Tim ever had. He was still shaken when his wife came out of the shop looking for him.

Tim’s wife wasn’t as timid as her husband when it came to asking about ghosts. The worker who was taking care of her order said, “Oh yes, Mr. Stephenson is here regularly. There are times we have seen floral arrangements on the work bench in back that he must have made up. It’s nice to have the old with the new.”

She pointed out some arrangements that he made.

“These will be sold by the close of today,” the woman said. “Someone will come in looking for it.”

It’s refreshing how some people just take hauntings in stride and appreciate what they can learn from those who have passed on.

I believe this is more common than not … there is nothing to get freaked out about … At my local grocery store there is an elderly gentleman who greets me in the produce section — he is definitely an apparition … a spirit … a ghost … and he is there checking on the produce, making sure it is fresh.

It is unfortunate most people don’t see him … he does work very hard. 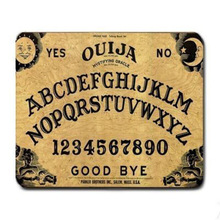