Back To The Rafters Review

It’s Truly Unfortunate How A Wonderful Series Can Come Back With All The Fan Fair And Be Awful . . . With A Few Exceptions

I was feeling guilty by not warming up to Ruby — the youngest of the Rafter children . . . Then I read the reviews on Amazon . . . Here’s one I think is worth discussing here . . .

Reviewed in the United States on September 20, 2021

I saw a talk show in December 2019 that had most of the cast of “Packed to the Rafters”. They were discussing Amazon bringing a continuation series to Amazon streaming. Well, I was there for that! Filming was, of course, delayed due to COVID. “Back to the Rafters” is finally here and I binge watched all 6 episodes. The entire original cast were there, with the exception of Jessica Marais. She was replaced by Georgina Haig, whom I found a lot better. She’s a lot more mature and softer. Not as brittle.

No one has really changed, except Ted afflicted with Alzheimer’s. Michael Caton, you rule! Julie still thinks she knows all and can fix everything. Just want to shake her. Dave, I like Dave. He is correct. You can’t live your life for your kids. Before you had ’em, you had a life. Of course, J & D got married at like 18 when she got pregnant. So, they didn’t have much a of life before kids. Ben is still the non listener. All about him and what he wants. Takes after Julie, I think. He can get to be a pain. Nathan, the woe is me boy. Nothing works out for Nathan. He likes to run, but maybe he has found an anchor afterall. Now for Ruby. Super irritating. Now that kid needs a huge time out. If a second season is in the works, less of Ruby. Can’t stand her. Carbo hasn’t changed. Nothing new there. Retta, I’d like to see more of her, not just in one episode. Edward is cute and not irritating. Cassie, why? She and Ben just do not gel. I think that a different actress would have been better. Tessa, loved her and the earth mother vibe she gives off. Donna, she’s changed a bit and I like it. She likes to have a little fun now. Paddo was a nice addition. A gentle spirit and good that Dave has someone to relate with. I watched all of the original series last year between TubiTV and Hulu. I enjoyed the first couple of seasons more than the later ones, except for Jessica Marias. She just grated on me. I liked the fact that the first couple of seasons didn’t have more than a couple of dramas going on in each episode. Then, the dramas increased within each episode. Those full grown kids just being stupid, wasteful, nonchalant, inconsiderate and just plain idiots was hard to watch sometimes. But, I continued watching to see how things turned out for some of the characters. This continuation isn’t bad and I’m glad that they have moved part of the story to another place, but lose Ruby, the bratty kid, tone Julie’s efforts to run everyone’s life, make Ben address his it’s all about me issues, make Nathan be ok with who he is, make Rachel a warrior (she half way there) and Dave, he is the only one with some common sense in the sea of Rafter’s. He can stay the way he is.

I enjoyed the first few seasons of Packed To The Rafters . . . some of the latter ones were not as good . . . in my opinion. It could be a generation gap thing on my part — or I’m a bit of a snob . . . working class people aren’t criminals . . . yet Dave’s biological father had that element . . . and the family embraced it — giving second chances and all that . . . they are “family” . . . And what happened to Dave’s biological mother after we got Nathan’s kidney . . . traveling . . . in the later seasons she wasn’t mentioned. It makes me wonder if the Rafter’s (Dave, Julie and Ruby) left to get away from the riff-raff . . . Hopefully, if there is a second season, the Jennings clan won’t be visiting.

This “woke” thing . . . why does every new series have to be PC and “woke” . . . There have been lots of reviews about other series on Amazon that viewers didn’t like because this “woke” crap has filtered into the story . . . We want to be entertained — to escape the problems of the world and our own lives . . . We don’t appreciate being told how to think and what to believe. We don’t like pushy salesmen . . . so why would be accept an ideology that is contrary to logic and common sense!!! Give people credit for having some brain cells. 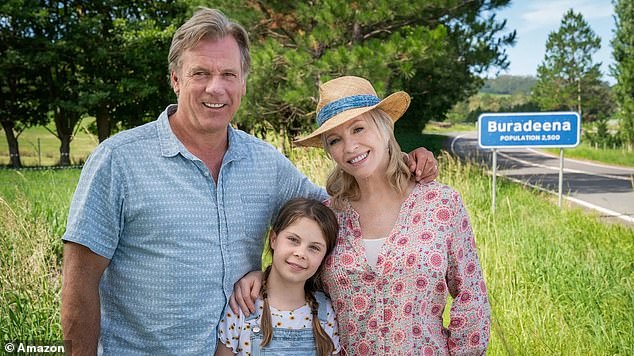 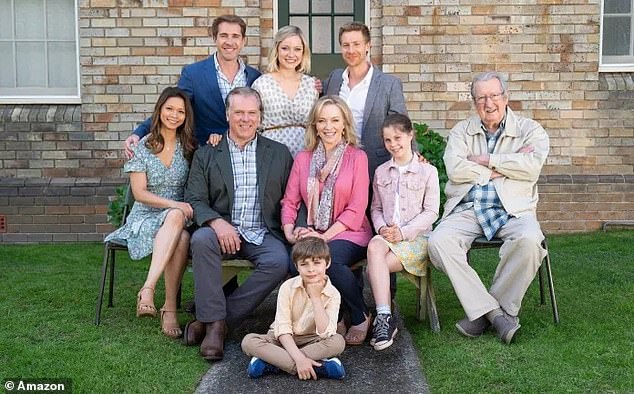 I like Tessa and Paddo. The country setting was what Ben had wanted at one time . . . I don’t know about Ruby . . . if she’ll settle down  — maybe it’s the “woke” brainwashing of public schools . . . at least in the USA . . . but we do spread our filth at times . . . Australia has seemed to have gone hog wild with the lock downs . . . Just an observation in oppression — so very “woke” of them!!

I should get off this topic . . . hopefully there will be a second season with more common sense and family harmony . . . We can have our daily life problems . . . but we don’t need to bring nonsense into the mix.

Thanks for stopping by! Leave me a comment — I’ve been receiving a bunch of spam lately. Don’t appreciate it, but it gives me something to delete.