Have Some Fun With Skeletons

It’s Great Fun To Get Your Halloween Projects Started Early. 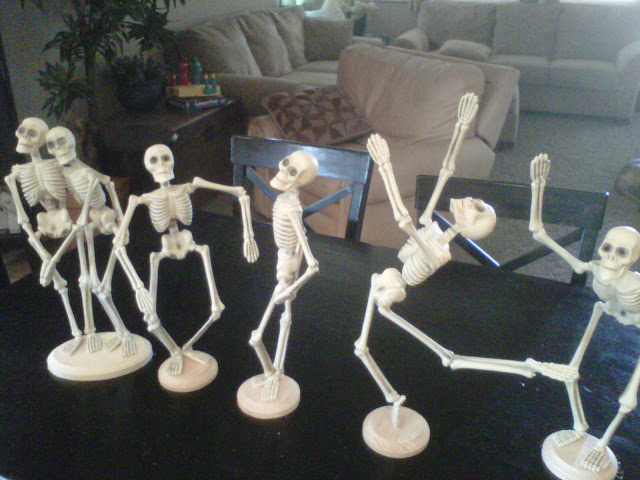 Grab what you can early in the season and you’ll have time to play around with these before you decide on what you’re going to do with them.

It seems natural that these would make great trophies for a Costume Party or Halloween Party. You could also make an interesting wreath with these skeletons all dressed up or in their glory in different poses.

There’s the adorable couple on the left and the one on the far right seems to be taking a bow. The one in the middle is “striking a pose.” And the other remaining ones may be doing some sort of dancing . . . They do indeed look like people we know, don’t you think?

Buy some bases for them and you could have a great time posing them and gluing them in place. You could use some spray paint and make them shine!

It is inspiring to see these skeletons and allowing the imagination to go a bit wild. I’d like to get some mini pumpkins and put them in a pumpkin patch for an interesting centerpiece display.

Leave me a comment and let me know what you’ve decided to do with your skeletons.