Is There A Difference Between A Ghost And A Spirit?

I enjoy having interesting discussions with my ghost hunting friends.

We had a lively discussion and finally settled on ghosts are tied to a particular location and spirits are free to roam as in the expression “free spirit.” 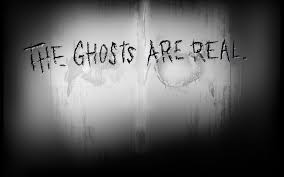 Now that I think of it, there were ghosts at my parent’s old place that seemed to belong there. They were primarily in the yard. They didn’t follow them when they moved, but the new owner  complained about lights turning on and off and the electric bill being more expensive each month.

I doubt these ghosts went inside to cause problems for the new owners. I believe the new owners brought their own spirits with them. Or attracted new ones.

The house was located approximately 5 miles away from a hospital and there was a cemetery across the street from the hospital.

I know I’ve had spirits trying to come home with me after visiting someone in the hospital or cemetery. I’ve had to be very firm with them to stay where they were and to not follow me home.

I have heard that spirits feed off the electrical system.

My cousin has seen her deceased father in her car waiting for her when she’s shopping at night. It’s comforting for her to know he’s still around to look out for her, but she has had to charge her battery regularly or replace it before the warranty is up. She has had the car checked to see why the battery is being drained, but there is no mechanical explanation.

There is always a fear that spirits will follow you home.

Many times they do, but we must not invite them to do so, unless you want to. The problem is most of us don’t know what we’re inviting in. Too often what we believe to be children turn out to be demons that create all kinds of problems.

I had once been of the belief of allowing ghosts and spirits to stay where they are, but when they impact my life in unpleasant ways, I have been forced to send them on their way elsewhere. Preferably “into the light.”

There can be ghosts, demons and spirits in antiques and old homes.

There is plenty of old haunted stuff out there waiting to be picked up by someone and brought into their homes. I have a friend who picked up an interesting piece of wood that was once part of a picket fence in front of an old house that was being demolished. He had it in his car and pretty much forgot about it, but he was getting speeding tickets, parking tickets and also had people running into him. He attributed it to that old piece of wood.

He later put that piece of wood in his yard to stake up a rose bush. It wasn’t long that sprinklers would turn on and off, he had a couple of pipes burst because of high water pressure and the rose bush died — some may believe from over watering or lack of watering which is possible, but he believes it had to do with that old haunted piece of wood he picked up.

This can be true of many things that one finds.

I found an odd coin that I believed to be lucky, but it was anything but.  My lucky day was when I lost it.

To tell you the truth, I was tempted to leave it some place for someone else or even throw it out, but I kept it thinking I would do some research on it — of course, I never did. I only hope whoever has it now is having better luck with it than I did and has taken the time to research it.

I hope this article was helpful and informative or got you thinking of some of your own personal experiences involving ghosts and spirits. I’d love to hear about them.

Please leave a comment below or send me an email:  sharon@twocansonastring.com