My House Is Haunted 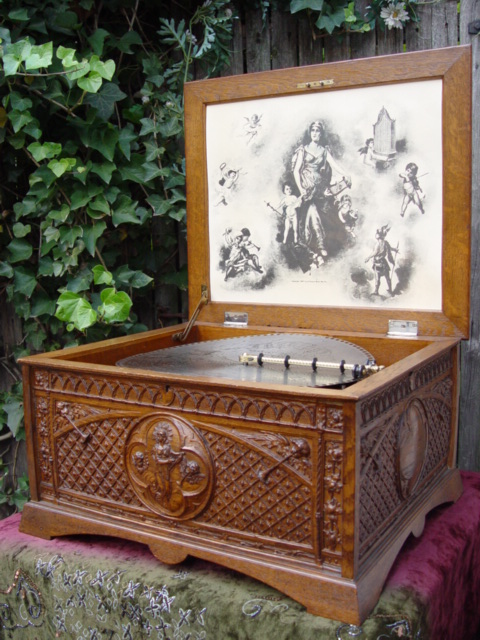 I have an antique music box . . . one of those with the metal disks.

It has been in our family for as long as I can remember . . . but it was previously owned by my great-aunt . . . who would always go to estate sales looking for bargains . . .

And along with some of her bargains she may have picked up a spirit or two and then passed it on to us . . .

So . . . this antique music box may have had several previous owners . . .

A psychic friend of mine told me this music box was once owned by a man with a little girl and a very ill wife.

The little girl wanted to play the music box, but it only had one volume — LOUD!!

Since the little girl’s mother was ill, she wanted to play the music box for her, but her father told her not to play it while her mother was sleeping.

To be honest with you, I was all right with the little girl and her father’s spirits hanging out with the music box. It was no big deal to me.

after bringing in my groceries from the car . . . and while in the kitchen putting them away  . . . quite a distance from the music box . . .

It started playing . . . not too loud, perhaps because the lid was down . . . and it played for a good 30 seconds to a full minute.

In the past there have been random notes . . . but nothing like this!

And why didn’t it play longer?

Well . . . this kind of thinking and analyzing and wondering can make one nutz!!

It was just one of those paranormal experiences . . .

There are some creepy things out there . . . hopefully my music box isn’t one of them . . .

And, if you know why my music box played “out of the blue”, please let me know by leaving a comment below. I’m still a bit creeped out by it.