Scared Half To Death

I received a frantic telephone call from my friend Barbara early one morning.

We decided to meet at our favorite coffee shop. I was hoping others would arrive, too, to get to the bottom of Barbara’s paranormal experience. 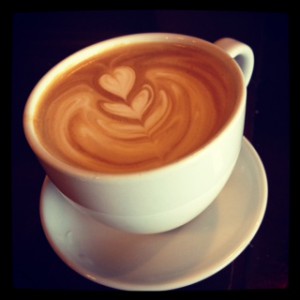 These spirits Barbara encountered were aggressive. She accused them of drugging her husband so he couldn’t come to her rescue or at least be a witness.

“It started with the cats.  The male, Barney,” Barbara began. “He started hissing and scratching violently at the corner of the room. I could see by the street light that his hair was straight up and his ears were pinned back.”

Barbara could only see the cat, nothing that was upsetting him. Then she started to get extremely cold and the hair on the back of her neck and arms were starting to stand up.  She could see her breath in the room — it was that cold.

She grabbed a robe and went to the thermostat to turn up the heat. “It got really quiet. I couldn’t hear my husband breathing with an occasional snore as he usually does. The silence was really creepy. I was too scared to move away from the thermostat.”

Barbara heard scratching noises she thought might be the cat, but Barney was in his soft bed washing his face.

She started to get chills again.  She listened. Then it sounded like someone was in the office.  She could hear the printer printing out something, then there was a loud thud.  She went to investigate. Turning on the light, Barbara saw a stapler fly through the air and hit the wall next to the door where she was standing.  She also noticed where the paper cutter was thrown across the room and left an ugly hole in the wall.

“I was so scared, I didn’t know what to do. Then Barney started hissing and clawing. That’s when I left to wake up my husband.”

Before she could wake him up, the entity followed her into the bedroom and started throwing things off the dresser and pulling out the drawers and dumping them.

When the entity dumped the mattress on the floor with Barbara’s husband with it, he woke up.

A few months ago, they saw an advertisement in the Penney Saver. There were bedroom sets, office furniture, a dining set, living room furniture and other items that weren’t listed.  Barbara and her husband wanted to set up the spare room into an office and they wanted a new bedroom set so they went to take a look.

They bought what they wanted and put it into the house without smudging it.  They had a fairly new mattress that fit and put their old bedroom set out in the garage to advertise the following week.

Everything seemed to be fine, but Barbara remembered scratching noises, but ignored it.  Last night was the first time whatever was in the furniture dumped Harry out of bed.

“Where’s the furniture now?” I asked.

“Harry took it to the dump.”

Within half an hour Harry arrived at the coffee shop with a tale of his own to tell.

It seemed that Harry had nothing but trouble since he started loading the furniture on his truck early this morning.

“Everything weighed a ton,” Harry began. “I got Lee from next door and his son to help me.  They kept making wise cracks that I had a dead body in the dresser.”

He wasn’t about to tell them of the night before and the damage whatever that was in the dresser or the bedroom set or the office furniture caused in the house.

The truck broke down twice on the way to the dump.   “I had a mind to dump the load right out on the side of the road,” he said. “Some guys stopped to help with the truck. We got talking and they said they’d take the furniture off my hands.”

I almost choked on my cinnamon bun. “You just gave it to them?!!”

Obviously, Harry and Barbara were glad to be rid of it, but I can’t help thinking someone tonight or some night soon will be having a similar experience.  Barbara just needed to smudge the furniture before taking it into the house.  Or if it’s an evil, aggressive entity as this one seems to be, smudging may not have done any good. Perhaps the furniture should have been burned or taken to the dump for that purpose.

The sad truth is that, although you’re not supposed to take things out of the dump, it is done.  It is possible that this furniture would have found another home.

I asked Harry about his truck and he said it’s running fine.

It seems the entity didn’t want to go to the dump and was preventing that from happening.  I don’t know about who is going to end up with the furniture, but I doubt anyone is prepared for old haunted stuff to raise chaos in their home.

It goes to show that not all “bargains” are bargains at all.