I find EVPs to be quite fascinating. Especially when they’re engaging with the living.

Mostly they are cries for help or screams which can run chills down one’s back. I’m especially disturbed my the EVPs of children.

The Video to the right has a nice variety of EVPs from various locations. Some are quite disturbing.

EVPs That May Creep You Out:

I’m All About Finding Evidence That Ghosts Do Exist.

I believe they do try to communicate with us at times. Just like us, some are friendly … some may be a bit cranky … All to varying degrees . .

I believe in ghosts. I have seen them and heard them. I’ve heard others tell of their paranormal experiences that are Real Ghost Stories. There are times when we can’t explain what we’ve experienced, but we do know what we know to be true.

I’ve been having some strange dreams lately … I woke up around three in the morning to what I believed to be pounding on my front door. My little Yorkshire Terrier didn’t hear it … she was still sleeping, not barking. So, it must have been part of my dream … I It did seem so very real to me.

I do have a Spirit Box … I didn’t turn it on early this morning, but maybe I should have to see if any spirits were around. Basically I was a bit too disturbed by my dream to do any investigating … All right I’m a scaredy cat!! To be honest with you, it made me think of Amityville … and no one wants to go there at three in the morning!!

Some of those EVPs I found creepy … I never like to hear “Get Out!”

I did enjoy the video … especially the history of the various haunted places.

I must admit hospitals do creep me out … abandoned or currently being operational assisting the sick and injured. They’re not a place I like to visit friends or loved ones. I usually see an apperition or two … And I make it very clear that they don’t follow me home …

Now … cemeteries intrigue me … but I don’t want any ghosts following me home from there either … I don’t know if I’d hang out at a cemetery. I’d prefer to haunt my house … Just saying …

Please leave me a comment about the video or any of your personal experiences.

I Admire Those Urban Explorers Who Go Out To Capture Evidence Of The Paranormal.

I’ve gone to haunted locations and have experienced some creepy stuff. 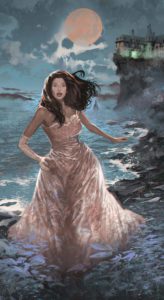 I’m not one who enjoys getting the wits scared out of me … but I do enjoy good ghost stories — Real Ghost Stories from those who have had personal paranormal experiences.

I have quite a bit of activity in my own home … I’m not sure why … It may have something to do with the antiques I’ve collected as well as the experiences that have occurred in this house and on the property. If I had any sense I’d probably move, but it doesn’t seem to be anything that scares me on a regular basis. Nothing grabs me while I sleep or sits on me or causes me to be afraid for my life.

There are those who have gone to hotels/motels and had to leave because of sounds and lights turning on and off, water running and toilets flushing … knocks on the walls and doors … That sense of being watched … and being touched …

That’s why I enjoy collecting Real Ghost Stories rather than going out exploring on my own.

If you have a Real Ghost Story you’d like to share, send it to me at: admin@twocansonastring.com and if I use it on this website, you’ll receive credit for it. I do love to know about your personal paranormal experiences. 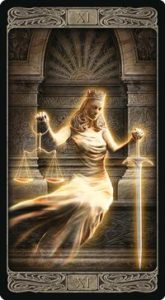 Lately I’ve been busy with another website MysticalKey.com which I’ve mentioned before. I’m delving into Tarot Cards and Tarot Card Readings … I’m really excited about two Tarot decks I’ve recently purchased: Tarot of Haunted House and Ghost Tarot. These are great Tarot decks I’m enjoying as I’m learning … Yes, currently I’m a student of Tarot rather than an experienced Tarot reader … I’m not sure if I’ll ever master it … but I’m on a wonderful journey.

The Ghost Tarot is quite a wonderful Tarot Deck with images of ghosts …  The illustrator did a wonderful job … makes me wonder what ghostly encounters he may have experienced. I’m also curious if while working on this Tarot deck if the author or illustrator experienced anything paranormal.

There was a movie on Tarot cards I watched awhile ago … of course it was creepy. It had to do with using Tarot cards that were not her own … they had been buried with her grandmother … and she dug up her grandmother’s remains and took the Tarot cards. Well … it seems logical that she made a serious mistake … I purchase my own Tarot cards. I’m afraid to purchase used decks online or in thrift stores … One never knows what they may be buying …

I don’t believe Tarot Cards are anything like Ouija Boards … I would be interested to learn your views on the subject in the comments below,

Maybe You Were Expecting A Ghost Story.

I don’t want to disappoint you … I did find an interesting video you may enjoy.

I find it interesting to watch paranormal activity at times … Re-enactments are quite interesting I do enjoy. I hope you will too,

The video to the right comes from Canada. I found it quite informative,

This is one of my favorites that my family loves to hear me tell year after year.

Two young women closed up the diner where they worked.

“Oh what am I going to do?” Louise asked no one in particular.

“Come home with me and I’ll take you home in my car. The weatherman said it wasn’t going to snow tonight, so I thought I’d save some money by riding my bike.”

Louise agreed and was grateful. It was after midnight, cold and windy. And now it was snowing . . .

Ahead of them, they saw an old van slowly turn off the row in the woods.

They watched as the man got out of the van, he stopped and starred right at them . . . then proceeded to the back of the van and to the other side. They could hear his footsteps as he walked a little way into the woods.

Without a word, the young women started walking a little bit faster. They were approaching a curve in the road. Emma motioned to Louise that they were going to turn . . . That was when the man came out of the woods, ran across the road chasing after them.

Louise ran ahead . . . holding onto her plate of lemon meringue pie . . . zig zagging down the dark deserted road.

Emma was having difficulty with her bicycle . . . she decided to pick it up, propped it on her shoulder and ran as fast as she could trying to catch up with Emma and keeping a distance from the man chasing them.

The man reached out to grab Emma’s hair . . . she turned around so quickly and knocked him down with her bike.

As Emma caught up with Louise, they ran across the road and walked in the shadows, trying to catch their breath.

The guy must have gone back to get it.

At the end of the road was an old oak tree which divided the road in a weird configuration — a road went to the left and another turned to the right and if you wanted to continue going straight ahead, you had to jog to the left and then to the right. It was dangerous during daylight hours. At night, even if you knew the road, you had to slow down . . . and the man in the van wasn’t slowing down . . .

Just a few feet in front of the old oak tree was a man dressed oddly for the time of year . . . and oddly for this century . . . he seemed dazed and was crying out for help . . .

The young women had already turned to the left and were a few feet from Emma’s front door when they heard the screeching of tires and a loud sickening thump and then a bang . . .

Whatever Emma said, she got it all out and the police were on their way . . .

On the table, Louise set down her plate with the single piece of lemon meringue pie . . . it had been bounced around a bit, but it was still intact . . .

Emma made coffee while she and Louise discussed what had happened . . .

“Did you see that man in the road?” Louise asked. “I think he was a ghost.”

Emma nodded on both counts — yes she saw the man and she, too, believed it was a ghost. “I think he saved our lives.”

When the police arrived, they learned about the man in the van — he was abducting women throughout the county.  A police officer confirmed their belief of seeing a ghost. Back in the early 1900’s there was an accident on the road — he and his family were badly injured. The man went to get help in the nearest town, but died from his injuries before arriving.

There had been reports of other sightings of a man walking on the road calling out for help.

As for the piece of lemon meringue pie . . . it was delicious!

I hope you enjoyed this Real Ghost Story and will tell it when family and friends gather— be sure to have a lemon meringue pie handy to share with your guests.